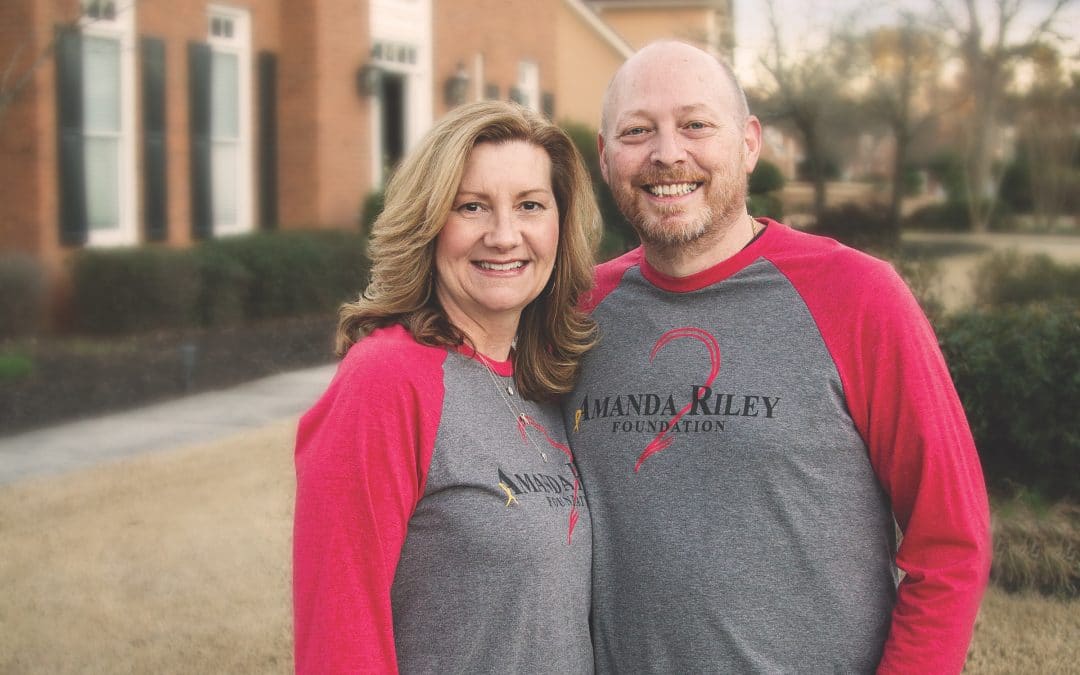 Meet the Riley Family.  Steve & Barbara Riley and the proud parents of their daughters Amanda and Brittany Riley Duncan. They are also the grandparents of Aria Amanda Duncan.

Barbara and Steve met in high school but did not get to know one another until Steve became her brother’s college roommate and spent time at their home visiting him. They have been married for 36 years. Life was going really well until their daughter was diagnosed with cancer. Amanda fought valiantly but lost her battle in 2010. It was then that they established the Amanda Riley Foundation to lend support to others battling cancer.

The foundation offers essential programs and services that directly impact and improve the quality of life for kids as they are going through the battle. They also lend support to their parents in an effort to ease some of the financial burdens associated with having a child with cancer.

Most of their spare time is spent working on the foundation. They also enjoy sports, especially football and baseball. Our favorite teams are the Georgia Bulldogs, Atlanta Braves, and Atlanta Falcons.

One of their new favorite things to do is hanging with their new grandbaby Aria that was born in July 2018 to their daughter, Brittany.

Brittany graduated from Brookwood and went on to Lagrange College where she received degrees in Fine Arts and Psychology. She later went back to school and received her teaching certificate and is now a teacher.  Amanda was a junior at Brookwood when she passed away in 2010. She loved Brookwood and was very active when she was there. Among other activities, she was a peer leader, played basketball, ran cross country and track.

The Riley’s have 2 pets, Faith and Gracie. They are Silky Terriers that look a lot like Yorkies. Faith was Amanda’s dog that she got while she was sick and named her Faith as she had faith that she was going to beat the cancer beast. They got Gracie as Faith needed a companion.

The Riley’s moved to  Brookwood Manor 22 years ago. They moved here for the fantastic schools and wanted their kids to get a great education. They also love their community and know first-hand just how great this community is, especially in the event of a crisis. They received a tremendous amount of support when Amanda was diagnosed with cancer and that support continues today with the Amanda Riley Foundation.

Over the past 10 years, they have learned a lot about life and what is important. They see things quite differently these days and have learned to not sweat the small stuff and to live each day as it is your last as tomorrow is never promised. That is why they take at least 2 vacations a year. They enjoy cruising and going to the Caribbean.

Their message to neighbors and their community would be THANK YOU. They truly appreciate all the kindness and support shown to them during Amanda’s battle and their foundation over the past 10 years.