Hi! We are the McGlatherys, Missy, Mike, and our two children Taryn (21) and Megan (17), and we have been a part of the Brookwood community since 2007.

There are many reasons why we call Brookwood home. We originally moved to the Dogwood Plantation neighborhood in Snellville to be closer to my parents, but also with Mike being deaf, it was also very important to us to move somewhere where the deaf community is present.

I grew up in Snellville with my parents Mike and Brenda and brother Rusty Royston, and I graduated from Brookwood High School myself in 1987. I went on to attend Young Harris College for 2 years and then transferred and graduated from the University of Georgia in 1992 with a degree in Social Work. I had always wanted to learn American Sign Language and dreamed of becoming an interpreter for the deaf. Mike and I met at a deaf social event in April 1995 when I was in the ASL Interpreter  Training program at DeKalb College (now GPC). He waited outside for me when I was leaving and asked for my Teletypewriter (TTY) phone number, which was how deaf people communicated by phone at the time. We started “texting”, and the rest is history!

Mike is from Hokes Bluff, Alabama and grew up attending both the Alabama School for the Deaf and the Georgia School for the Deaf. At the age of 19, he went on to a vocational technical school where he got his mechanical certification. He worked (and retired from) the Alabama Department of Transportation. We not only did long distance while we dated, we also did long distance for three years into our marriage as Mike still worked during the week in Alabama and would come to Georgia on the weekends. This made us a house divided as I was raised by my father Mike Royston to be a Georgia Tech fan, then I went on to UGA and became a Bulldawg-Go Dawgs, but Mike was a big University of Alabama fan! Roll Tide!

Mike proposed in 1997 at his family Christmas gathering, and we were married at Snellville United Methodist Church, which was my childhood church home, on  October 17, 1998. While Mike commuted for the first few years of our marriage, I was working at Berkmar High School as a Gwinnett County Public Schools ASL interpreter, which is what I still do to this day. I have since followed deaf students to Brookwood High School, and I love working as a former Bronco myself, “Once a Bronco, Always a Bronco!” 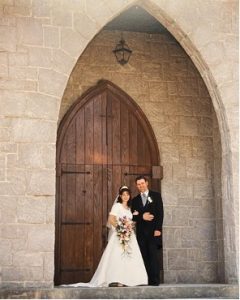 Our wedding day at SUMC

We welcomed our first daughter Taryn into the world March 13, 2000, and Megan was born July 20, 2004. Taryn attended and graduated from Brookwood High School in 2018, and Megan will graduate from Brookwood in May 2022. I have loved getting to work at the high school while both of my girls were students!

Growing up, with Grace Snellville within walking distance of our home, both of our girls attended Sunday school and Wednesday Awana/Kidslife and LUG nights there. Taryn went to Look Up Lodge camp with Grace every summer for ten years, and loved her memories there with the Grace community. Knowing ASL and being CODAs (children of a deaf adult), Taryn and Megan would be in small groups with the deaf students and their interpreters at Grace, and I interpreted there for many years myself. We hosted Backyard Bible Club a few summers with the other members of the deaf community and Grace church, and loved having our girls grow up with them!

Taryn kept us busy and on the road with her competitive cheerleading from 2009 until she graduated in 2018. Taryn also did BFA cheerleading for two years in elementary and middle school, all-star competitive cheerleading until 2014, and then went on to cheer for the Brookwood Varsity Competition Cheerleading team for all four years of high school. She also managed the boys Lacrosse teams for three years of high school, won Miss Junior Brookwood in 2017, and was co-Editor-in-Chief of the yearbook. Taryn is now attending Georgia College & State University in Milledgeville and will graduate with her Bachelors of Science in Nursing this December. She has spent her summer on the Surgical Services floor at Northside Gwinnett Hospital, and has also worked on a Mother-Baby floor at a hospital in Dublin, Georgia. Taryn also started dating Max Schureck when they were both freshmen at Brookwood, and they recently got engaged this past June and will be married this coming March! Max has always been like a son to us, and we are so excited to add to our family!

Megan spent her early years dancing with the Gwinnett School of Dance. Since then, She has become the Brookwood’s Swim team manager, and her senior year will be her third year managing. Megan is involved with Student Government, Brookwood Executive Board, National Latin Honors Society, and Educators Rising at Brookwood. She has also lettered every year in Academics, and this coming school year will be doing full Dual Enrollment with my Alma Mater Young Harris College! Megan plans on pursuing a degree in Education, and enjoyed student teaching this past school year at Crews Middle School. 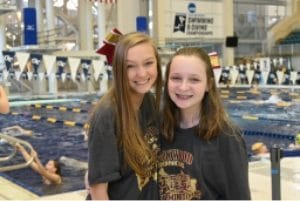 We have two family pets, Olive is our 5 year old rescue Jack Russell Terrier who makes friends wherever she goes. We got Olive from the Gwinnett Society of Humane Friends in April of 2017. She is the light of our lives, and my baby girl! She is the best cuddler and loves walking the neighborhood to visit with friends! Taryn has given us our second fur baby Arlo, also known as Mister Kitty. A week before Taryn left for college, that animal lover started feeding a stray kitty who came up to her from our backyard. He was emaciated and so sweet, and once you feed a cat they tend to stick around. After a few scary vet visits, Arlo became Taryn’s indoor college kitty and has become our indoor cat here at home. Both Arlo and Olive are spoiled rotten and are best buddies! 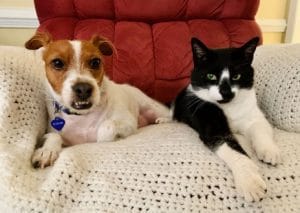 Our family motto is “whatever comes our way, together, we will figure it out,” and it has gotten us through countless trials and tribulations. I also always tell my girls to stay true to themselves and mind over matter. We love and will always love the Brookwood community, and thank all of the people in it for such wonderful childhoods for our two girls! Though we are about to be empty-nesters and look back over our time here in the Brookwood community, we wish the best for all of the families joining and hope that they also find their place within it!