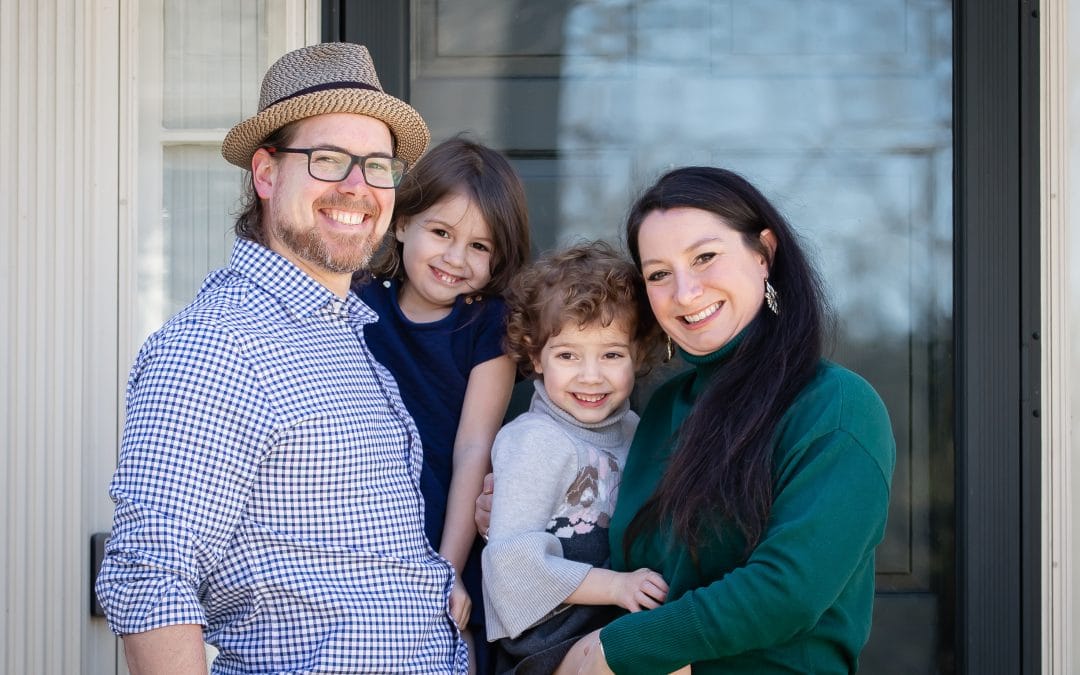 Welcome, we are Annie and Kevin Bunch and these are our Bunchkins.

My parents moved to the Snellville area when NCR opened a plant in Duluth. I attended Brookwood Elementary, Five Forks Middle, Crews Middle in its opening year and had quite a memorable Brookwood High School experience. While attending high school, I was fortunate enough to be part of Anna D’Antonio’s flagship dance program. She encouraged me to follow my dreams and dance.

After college I found myself living in New York City, Long Island City to be exact. I took the train every day into Time Square where I worked at Tony’s Di Napoli to support my artistic lifestyle. Those years in New York were a wild running dancing frenzy. I co-founded an art collaboratively with some of the most talented dancers, singers and musicians. I am still proud of our work and the shows that we produced. We performed in amazing venues in the City, Brooklyn, and Queens. We worked nationally and internationally in so many places it’s hard to recall them all.

Some trips were more memorable than others. I met Kevin in Reno, Nevada. I was on tour with a handful of “Glitter Kitties” doing a large-scale dinosaur puppet show. We were tubing down the Truckee River to the outdoor amphitheater where we were going to perform at Reno’s Art Fair. Turns out, the river can be pretty rapid as it dips and curves into the downtown area. I went flying out of my tube and into the arms of Kevin Bunch.

Kevin’s side of our family lives in Carson City, Nevada. Kevin grew up playing soccer and singing, then starring in plays at Carson City High School, the only public high school in town. He also left home to pursue the arts and had lived in thirteen different places in a span of eight years. We would not meet again until years later when my company was hosting a Glitter Gala at the Gershwin Hotel in Manhattan.

Kevin moved again with his cat, Mal, this time to New Jersey, where we started seeing more and more of each other. We were married at the Bernard’s Inn and got our first apartment together in Madison, New Jersey. He sold his motorcycle and bought me a Honda Ruckus to drive around town to teach dance. I started to take the train to the city less and less and soon we found out that our family of two would be growing.

At this point, my dreams started to shift as Kevin and I now dreamed of a house with a garden and a different kind of life. We both got jobs with Gwinnett County Public Schools, packed our bags, and moved back to “the ville”. Kevin started a technical theater program and I started a dance program at Central Gwinnett. We welcomed our first daughter in the fall, and by the next New Year, we were welcoming our second daughter. She was the first baby born in Gwinnett. When you have the first baby of the year, you get to have a photoshoot just hours after giving birth and some really nice umbrellas.

We bought our first home in Snellville, in the same neighborhood that I grew up in, one house away from where my parents now live. The girls attend school at St. Matthew’s Preschool and Kindergarten, I cannot say enough about the director, the teachers, and the community. The Bunchkins also take dance classes at Lilburn School of Ballet. We are members of Lawrenceville Presbyterian Church. I enjoy being part of the Community Garden of Snellville. Kevin recently found a great job at TSI Solutions Inc. and has just refinished our primary bathroom…almost. We hope to travel more as a family in the coming years, find ways to slow the time, work a little less and make more friends.

Thank you to the Arts, to slow Sunday drivers in Dogwood Plantation, to people that drive electric cars, and to the kindness of family and friends. Thank you to those who advertise in Brookwood Living for keeping us informed about local businesses and events.